Known for remarkably warm water, Lakes Mead and Mohave attract boaters most of the year. People also come to fish, kayak, and scuba dive in the lakes and to see the Hoover Dam at the southwestern end of Lake Mead. However, the lakes on the Colorado River are not the only draw to the area since the Lake Mead National Recreational Area has much more great terrain for recreation.

Hikers and wildlife watchers like the Lake Mead National Recreational Area since it is home to the gorgeous landscape of the Mojave Desert. Here they find cliffs, hills, and canyons with a wide spectrum of colors - especially of reds, yellows, and oranges. More than 240 species of birds, 55 species of mammals, over 50 species of reptiles, and hundreds of plant species are found within the borders of the national recreational area. Hikers are encouraged to wear sufficient sun protection and bring plenty of water since this desert landscape can be harsh as temperatures in summer can reach 120ºF in the shade. Trail maps are available at the Alan Bible Visitor Center.

An interesting area of the national recreational area is the Grapevine Canyon. There is a natural spring in the canyon which supports a wide variety of flora and fauna. Of note, the Yuman Indians - ancient inhabitants of the area - left petroglyphs on the rock walls here. Petroglyphs are images pecked onto the walls that depict ancient Indian life. Also near the canyon is Spirit Mountain, a sacred site of the ancient Indians in the area. Hiking trails traverse the canyon and offer great access to the scenery. 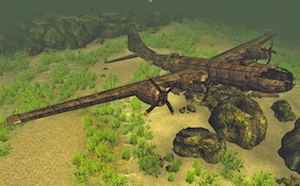 Did you know that a Boeing B-29 Superfortress rests at the bottom of Lake Mead?" It crashed in 1948 while testing a prototype missile guidance system known as "suntracker". The aircraft then slowly began to descend below 100 ft (30 m) until it struck the surface at 250 mph (400 km/h) and started skipping along it. Three of the aircraft's four engines were ripped from its wings and the fourth burst into flames. The aircraft managed to gain around 250 ft (76 m) but then settled back onto the water's surface in a nose-up attitude and slowly skiing to a stop. The five-man crew then bailed out into two liferafts and watched the aircraft sink. The crew was rescued from the lake six hours later and was instructed not to disclose any details of the flight, its mission or its loss. As the mission was classified, these details were not released until fifty years later. 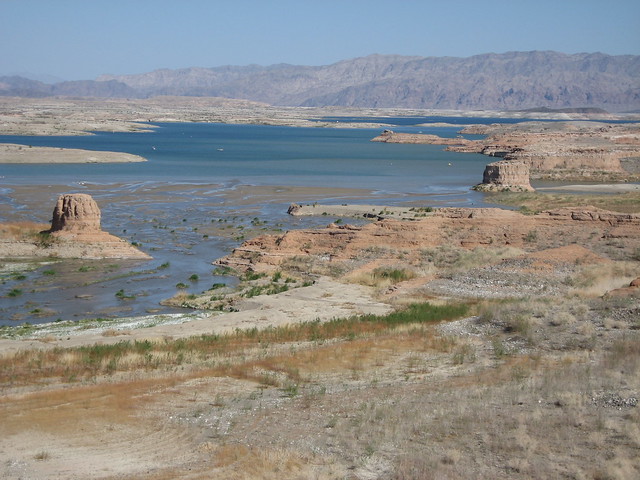 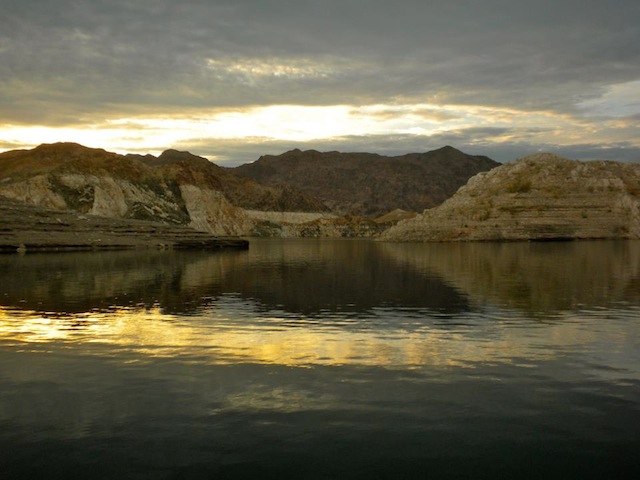 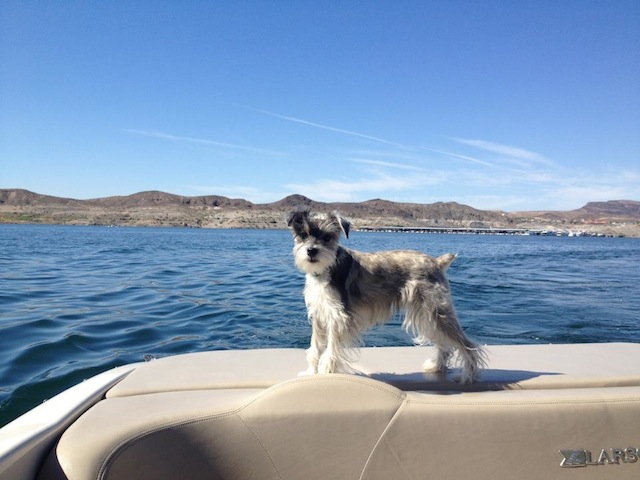