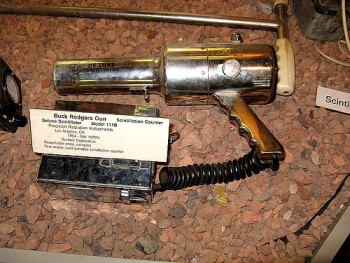 If you’re planning a trip to Moab to do some hiking, biking, off-roading, or sightseeing be sure to schedule some time to visit Moab’s variety of museums, galleries, and shops. Moab’s main street is lined with dozens of shops featuring authentic Indian jewelry, clothing, and rock shops as well as the works of local artisans. Once you get to Moab you will find that it is better to do your exploring in the morning and late afternoon when the temperatures are cooler. This leaves the middle of the day open for grabbing a bite to eat at one of Moab’s many restaurants and then touring the museums. The following is information about Moab’s different museums.

Red Cliffs Lodge, home of the Moab Museum of Film and Western Heritage, was built on the old George White Ranch. The Ranch was a key location for many of the big westerns including: Rio Grande, Ten Who Dared, Rio Conchos, and Cheyenne Autumn. The late George White founded the Moab to Monument Valley Film Commission, which is now the longest ongoing film commission in the world.

On display in the Museum are production photographs, movie posters, autographed scripts, and props from the many pictures filmed in the area. There are also displays about the western ranching heritage in Moab. If you are interested in learning more about how sets are built and how on-location filming is done than the Red Cliffs Movie Museum is a must see.

This community museum located in nearby Blanding highlights the Native American cultures of Southeastern Utah. The State Park, where the museum is located, contains a 1000 year old Indian village. The village is located on the boundary between two habitat zones; the pinion/juniper uplands and the sage desert. The ancient people obviously understood that where two habitat zones come together there is more diversity in plant and animal resources and greater possibilities for survival.

The museum features two display halls, an auditorium, meeting and conference facilities. The history of San Juan County, from the ancient Anasazi, through the Navajo and Ute Indians, and Euro-American Settlers, is presented through displays and exhibits. The Museum is home to an archaeological repository and research facility for all of Southeast Utah. This facility is utilized by researchers from all over the world and contains one of the largest interpreted Anasazi Pottery collections in the Southwest.

The Dan O’Laurie Museum of Moab:

The Dan O’Laurie Museum of Moab showcases the many aspects of the history of Moab and the surrounding area. Items on display included everything from ancient Native American artifacts to household items from the early settlers. The museum offers many exhibits that will help you understand and appreciate Moab’s diverse landscape as well as the many groups of people who have called Moab their home.