The human history of the Bryce Canyon National Park region is as rich as the hues of its rock formations. Archeologists have found evidence that humans lived on the Colorado Plateau as early as 12,000 years ago while evidence of human life this early has yet to be found on the Paunsaugunt Plateau. Of note, Fremont, Anazasi, and Paiute Indians and Mormon pioneers have called this area home. 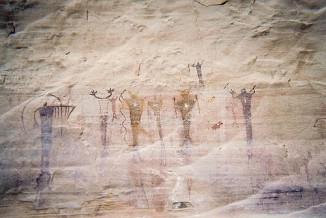 The Indians left many remnants behind as evidence of their existence. For instance, the area is peppered with ancient edifices that fulfilled many different purposes. Some are former granaries that the Indians used to store food. Other structures were used as lodging to house the Indians and their important indoor events. While exploring the area surrounding Bryce Canyon National Park -- especially in some of the canyons -- people can see some of these structures in the cliffs. These buildings were essential since many archeologists feel that life in the region during the winter was tough. Although Southern Utah’s climates is mild, the elevation of Bryce Canyon National Park is high enough -- with the Colorado and Paunsaugunt plateaus converging here in the area -- to sustain low temperatures and allow snow to sit on the ground.

The other significant group of people that lived in this area was the Mormon pioneers who arrived here in the mid to late 1800s. They settled here to establish homesteads, and many of them raised cattle. In fact, they were the ones to name the main canyon “Bryce” after an early rancher Ebenezer Bryce. He is quoted to saying that the canyon is “a hell of a place to lose a cow.” The Mormon heritage continues to live on in the many small nearby communities like Tropic that they established.