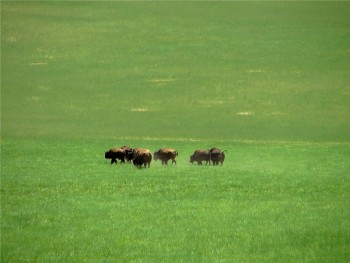 The first evidence of human use in this region dates to about 7,000 years ago when small family groups camped wherever they could collect plants, seeds, and hunt. About 2000 years ago, some groups began growing corn and other crops. They built permanent villages (often called ''pueblos''). Between A. D. 900-1200, two distinctive puebloan farming cultures were here: the Virgin Branch Anasazi and the Parowan Fremont. The Southern Paiute were also in the region by A. D. 1100. While the Puebloan cultures migrated to other areas of the southwest by A.D. 1200, the Southern Paiute remained to the present day. In the mid-19th century, Euro-Americans began establishing settlements in Zion Canyon.

During the Archaic period (approximately 6000 B.C.- A.D. 500), small groups hunted game and collected wild plants, seeds, and nuts across the broad expanse of the Great Basin and western Colorado Plateau. This mobile lifeway left few traces in the archeological record, with the exception of materials recovered from dry caves and a few deeply buried sites. In these protected settings, perishable artifacts - such as baskets, cordage nets, and yucca fiber sandals - survived. The Archaic toolkits also included flaked stone knives, drills, and stemmed dart points. The dart points were hafted to wooden shafts and propelled by throwing devices called atlatls.

By about 300 B.C., some archaic groups had begun to supplement wild foods in their diets by cultivating small patches of corn and squash along rivers and near springs. Archeologists have been labeled these groups the “Basketmakers,” because of the abundance of coiled and twined baskets found in many late Archaic sites. These early experiments with horticulture reduced group mobility and increased the need for food storage. Basketmaker sites often have grass or stone-lined storage cists and shallow, partially underground dwellings called pithouses.

Within a few centuries, small-scale gardening had intensified into the full time horticulture that typifies the Formative Period (A.D.500-1300). Two distinctive horticultural groups, the Virgin Anasazi and Parowan Fremont, appear in the archeological record of Duck Creek Village during this period. They established year round habitation sites (often called “pueblos, the Spanish word for “village” or “community”) with pithouses, storage cists, and later, above-ground masonry room blocks. Grinding stones (“manos and metates”) signal the importance of corn in the diets of both groups. Sedentary lifestyles encouraged the production of plain and painted ceramic vessels. These were used for storage, food preparation, and as trade goods across broad geographic areas. The new technology of the bow and arrow also gained widespread acceptance during the Formative Period. The extent to which the Virgin Anasazi exploited wild plants and game is still unclear. Some researchers suggest that they were almost totally dependent on cultivated foods. By contrast, the Parowan Fremont may have continued to hunt and collect a broad spectrum of wild resources to supplement cultivated foods.

Virgin Anasazi sites typically occur on river terraces along the Virgin River and its major tributaries, overlooking the fertile river bottoms where corn, squash, and other crops could be grown. There is evidence that hunting and collecting parties made forays to nearby upland areas, like the Kolob Plateau. Parowan Fremont sites are found along stream courses and near springs. They cultivated a drought and cold tolerant variety of corn (called Fremont Dent) that could be successfully grown at higher elevations. The Virgin Anasazi and Parowan Fremont appear to have interacted along cultural contact zones, such as the Kolob Plateau, during the last years of the Formative period.

Both the Virgin Anasazi and the Parowan Fremont disappear from the archeological record of southwestern Utah by about A.D. 1300. Extended droughts in the 11th and 12th centuries, interspersed with catastrophic flooding, may have made horticulture impossible in this arid region. Some researchers have suggested that the sedentary horticultural groups could not successfully compete for wild resources with the more mobile Numic language speakers (such as the Southern Paiute and Ute) who were in the region by at least A.D. 1100. 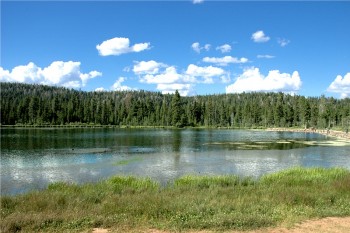 The time span between A.D. 1300 and the late 1700s has been described as the “Neo-Archaic” by some researchers, since the lifeways were reminiscent of the earlier adaptation. The Numic language speakers were the only occupants of the Zion landscape. They depended on a wide array of wild plants and animals, moving seasonally to hunt game or collect ripe seeds and nuts. This mobile lifestyle was reflected in their material possessions, which consisted of baskets, nets, and snares, as well as bows and arrows. Some, particularly the Southern Paiute, also planted fields of corn, sunflowers, and squash to supplement their collected wild foods. These more sedentary groups made brownware vessels that were for storage and cooking.

The Historic period begins in the late 1700s, with the exploration and settlement of southern Utah by Euro-Americans. Initial explorations by traders from New Mexico blazed the Old Spanish Trail, which followed the Virgin River for a portion of its length. During the next century, American fur trappers and government surveyors added new overland travel routes across the region. In 1872, John Wesley Powell explored the areas around Zion Canyon, as part of western surveys conducted by the U.S. Geological Survey. The early pack trails soon became well-used wagon roads, connecting Santa Fe to the California markets.

In 1847, Brigham Young led members of the Church of Jesus Christ of Latter Day Saints (Mormons) to Utah Territory, establishing settlements in the Great Salt Lake Valley. Within a decade, Mormon pioneers were sent to settle the southern part of the territory and grow cotton in Utah’s “Dixie.” Towns like Shunesberg, Springdale, Grafton, Adventure, and Paradise sprang up along the upper Virgin River during the 1860s. In 1863, Issac Behunin built the first log cabin in Zion Canyon, near the location of the Zion Lodge. Soon the canyon was dotted with other homesteads, including that of William Crawford, near Oak Creek.

During the remainder of the century, the small communities and homesteads struggled to survive. Catastrophic flooding by the river, little arable land, and poor soils made agriculture in the upper Virgin River a risky venture. Some of these settlements, including Shunesberg and Grafton, were ultimately abandoned for more favorable locations.

By the first decade of the 20th century, the scenic qualities of Southern Utah, and Zion Canyon in particular, had been recognized as a potential destination for tourism. In 1909, a presidential executive order designated Zion Canyon as the Mukuntuweap (Zion) National Monument. The new monument was, however, virtually inaccessible to visitors, since the existing roads were in poor condition and the closest railhead a hundred miles away. The Utah State Road Commission, established in that year, began construction on a state highway system that would eventually improve access to the southern region. State officials also negotiated with the Union Pacific Railroad to develop rail and automobile links and tourism facilities in southern Utah. By the summer of 1917, touring cars could finally reach Wylie Camp, a tent camping resort that comprised the first visitor lodging in Zion Canyon.

In 1919, a Congressional bill designating Zion National Park was signed into law. Visitation to the new national park increased steadily during the 1920s, particularly after the Union Pacific extended a spur rail line to Cedar City. The Utah Parks Company, a subsidiary of the Union Pacific, acquired the Wylie Camp in Zion, and offered ten day rail/bus tours to Zion, Bryce, Kanab, and the North Rim of the Grand Canyon. Construction on the Zion Lodge complex, designed in “Rustic Style” by architect Gilbert Stanley Underwood, began in the mid-1920s. In 1930, the newly completed Zion-Mt. Carmel Highway allowed motorists to travel through Zion to Bryce and points east. This highway was one of the greatest engineering feats of modern times, requiring the construction of a 5,613-foot tunnel to negotiate the vertical sandstone cliffs of Zion.

Visitor numbers at Duck Creek Village have continued to increase over time, necessitating the construction of trails, campgrounds, and other facilities. The economic benefits of tourism now support the small communities surrounding the park, ensuring their survival into a new millennium of human history. 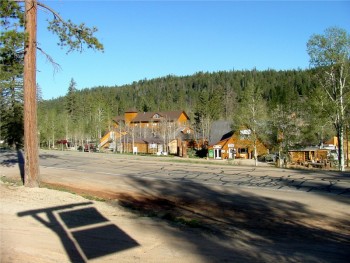 Archeological sites are throughout Duck Creek Village. These fragile resources provide important clues to the past. Because most sites can easily be damaged by human activities, only a few are designated as ''open'' to public viewing. With your help, these sites will remain intact and available for future generations to learn from and enjoy.