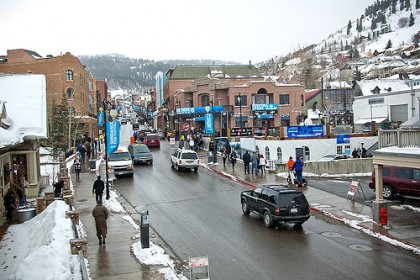 The Cosmopolitan of Las Vegas Flikr

The state of Utah has seen tremendous economic growth in the past ten years. It has also grown in popularity as a business location. Forbes magazine ranked Salt Lake (42nd) and Provo (19th) in their 2001 annual list of Best Places in America to do Business. The rankings are based on wage and salary growth, job growth, and high tech output. In November 2001, Economy.com, Inc. ranked Utah 26th in the nation for the cost of doing business.

Park City continues to enjoy a strong economy. Tourism worldwide has suffered since the September 11, 2001 terrorist attacks. While the Park City has certainly felt the effects of September 11th, tourism has continued to grow steadily due to the exposure from the 2002 Winter Olympics. Park City is diversifying away from its ski-dependent economy and is developing into a year-round tourist and second-home/golf community based economy. In Summit County, tourism is the largest single component of the economic base. It provides more than 6,622 jobs in travel and recreation related employment, 53 percent of Summit County’s total employment.

Park City is in close proximity to two world-class hospitals: St. Marks (23 miles) and the University of Utah Medical Center (20 miles). The Heber Valley Medical Center is also only 16 miles from downtown.

Park City is home to two large public libraries; the Park City Library at 1255 Park Avenue has approximately 42,000 books, and the Summit County Library at 6505 North Landmark Drive #100 is home to another 60,000 books.