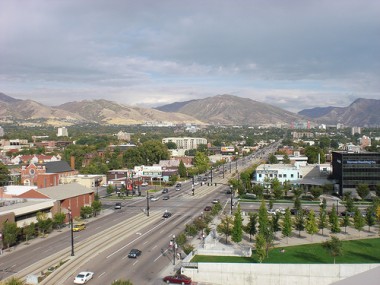 Tourism, trade, government and manufacturing are Utah's top four areas of employment. In 1994, CFO Magazine ranked Salt Lake as one of the best environments for business. In October 1993, Salt Lake tied with Indianapolis, Indiana as the eighth best place to live in North America.

Interstate Highways 15 and 80 intersect in Salt Lake. "Conde Nast Traveler" magazine ranked Salt Lake City International Airport the ninth best in the U.S. The airport's new International Building has customs and a duty free shop. Salt Lake International City Airport is closer to the heart of the city it serves (a ten minute drive) than nearly any other U.S. airport. Nine major airlines and two regional carriers serve Salt Lake, offering a total of 624 arriving and departing flights daily, with 75,000 passenger seats. As the "Crossroads of the West" at least half of America's population is located within a 2 1\2 hour flight from Salt Lake.

Visitors to Salt Lake have their choice of 11,000 hotel rooms and 7,000 rooms in nearby communities. There are more than 300 restaurants in the Salt Lake area. Seventy-five restaurants and numerous nightclubs are within walking distance of the Salt Palace Convention Center, the Delta Center Arena and downtown hotels. Alcoholic beverages may be served with meals in restaurants and hotels. Drinks are also available in non-exclusive clubs where visitors are welcome to purchase temporary memberships at a nominal fee. Liquor can be purchased in state liquor stores, including two excellent wine stores, located in the Salt Lake area. Click here for more dining. 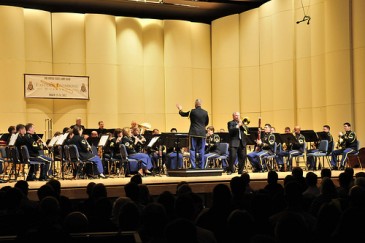 Seven million people visit the Salt Lake area each year. Sixty percent of the skiers at Salt Lake ski resorts are out-of-state and international visitors. In 1995, Life Magazine ranked Salt Lake as one of the top vacation getaways.

Salt Lake is the perfect destination for patrons of the performing arts with: Ballet West The Utah Opera Company Ririe-Woodbury Dance Company Repertory Dance Theatre The Mormon Tabernacle Choir Numerous theater groups The Utah Symphony (12th largest in the U.S.) Fifteen art galleries are within minutes of downtown hotels. Five more are only a short drive.

Museums of note in Salt Lake include: The Museum of Natural History The Utah State Historical Society The Utah Museum of the Fine Arts

Eleven national parks are less than a day's drive from Salt Lake. Five of those are located in Utah.

Within walking distance of Salt Lake's Delta Center Arena and downtown hotels, visitors can explore the ZCMI Center Mall and Crossroads Plaza, two of the largest indoor shopping malls in the country. Many of the shops are open every day and stay open late on weekdays.