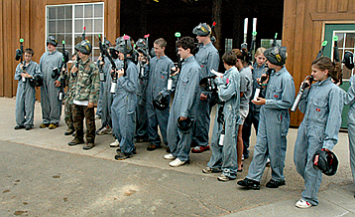 Paintball - the war game craze of the 1990s - is just as fun as ever and still going strong. The Zion National Park area offers a desert landscape for this fun game. In fact, the red hues of the area almost indicate that there was a major battle here where red paints were used exclusively.